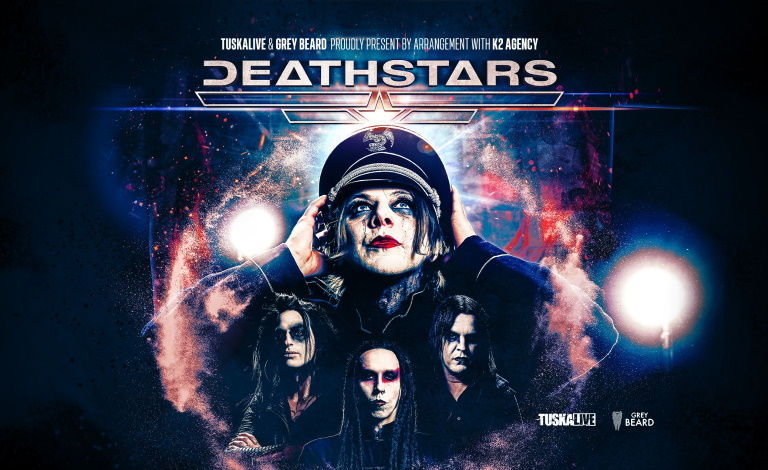 DEATHSTARS SHOWS WILL BE MOVED TO 2023

While the world is opening up, tours moving through multiple countries still unfortunately need to be moved. This also means that the Deathstars shows planned for Olympia and Tavastia will be pushed forward, the new dates are 15. & 16.3.2023. Bought tickets will be valid as such for the 2023 dates. TuskaLive apologizes for the inconvenience.

You can return your ticket by filling the form on our website www.tiketti.fi/returntickets.

Swedish industrial metal maniacs Deathstars are back with a vengeance. Deathstars who announced an indefinite hiatus back in 2015 got back together last year with guitar player Cat Casino, played some kick-ass festival shows and started preparing material for a new album, the follow-up for their highly-acclaimed 2014 effort "The Perfect Cult".

Deathstars will be playing two shows in Finland; Olympia in Tampere and Tavastia in Helsinki.